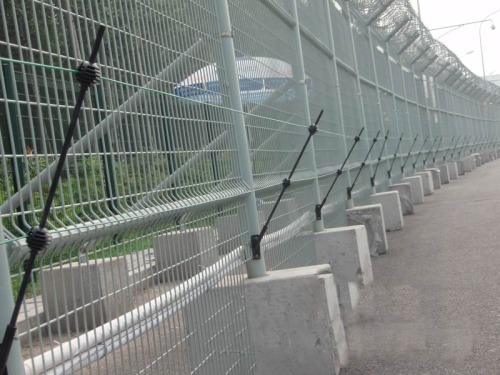 When it comes to Shanghai's security industry, one topic cannot be bypassed: Shanghai's electronic fence industry leads the country.

Many people are asking why electronic fences are being held in Shanghai. Why is it difficult to promote them in the national market?

Through in-depth exchanges with all e-fence companies, some companies stated that electronic fences have low technological content and limitations in the market, and it is difficult to achieve universal application from Shanghai breakout to the whole country.

It is understood that the perimeter defense as the first line of defense, although infrared products are still the market mainstream, but its market has been in a slump in recent years. Why did Shanghai's electronic fence industry fail to realize the goal of radiating the whole country in the true sense for the past few years? To explore this issue is also to explore the issue of China's perimeter prevention product self-breakthrough.

However, people in the industry have stated that from a nationwide perspective, the â€œShanghai phenomenonâ€ caused by the near-unbalanced development of electronic fences has actually fallen into a â€œtwo-eighth cycleâ€.

â€œIn the past, we used infrared radio to prevent the perimeter. In 2007, the Shanghai Public Security Bureau promulgated a notice and the new community began to use electronic fences. As far as I know, the new four or five communities near our community are With the application of electronic fences, it should be said that the application of electronic fences is still quite effective, because such products have only been used in relatively high-end and confidential applications, and are full of deterrence.â€ In June 2011, the reporter visited a community in Minhang District, Shanghai. At the time, the head of the property management office of the community said.

While nationwide, electronic fence promotion maintains an average annual growth rate of 20%, but it is mainly concentrated in Shanghai, Jiangsu, and Zhejiang provinces. According to Hong Tianyu, general manager of Shanghai Laikemi Qiantong Electronic Technology Co., Ltd. (hereinafter referred to as Laikemi), only three provinces and cities, namely Shanghai, Jiangsu and Zhejiang, have almost completed the nationwide electronic fence market.

The "Shanghai Phenomenon" administrative pusher electronic fence landed in Shanghai and quickly took root in Shanghai, realizing localization. However, in the past decade or so, it has not been able to radiate across the country. In this regard, Shanghai electronic fencing companies are also quite confused.

How to make the electronic fence go to the whole country? Shanghai e-fence companies reached a consensus that the industry should strengthen self-discipline and standard construction, and accelerate the market awareness of e-fence. At this meeting, participating companies also spoke of a key reason for the boom in the Shanghai e-fence market.

It is understood that the first high-speed development opportunity of the Shanghai electronic fence appeared in 2007. In this year, the Shanghai Municipal Public Security Bureauâ€™s Technical Protection Office issued the â€œCircular for the Promotion of the Use of Electronic Fence Perimeter Alarm System in the Cityâ€ (hereinafter referred to as â€œnotificationâ€). The notice stipulates that "As of August 20th, where new accredited residents residential quarters and other technical protection projects, the perimeter alarm system will in principle use electronic fencing and other high-tech technical protection products that are not susceptible to environmental impact and produce false alarms. Active infrared Intrusion detectors can be used for assistance.Any project that has been signed with a contract, the technicians of the technical protection project shall take the initiative to explain the situation to the construction unit and submit an application for a change.